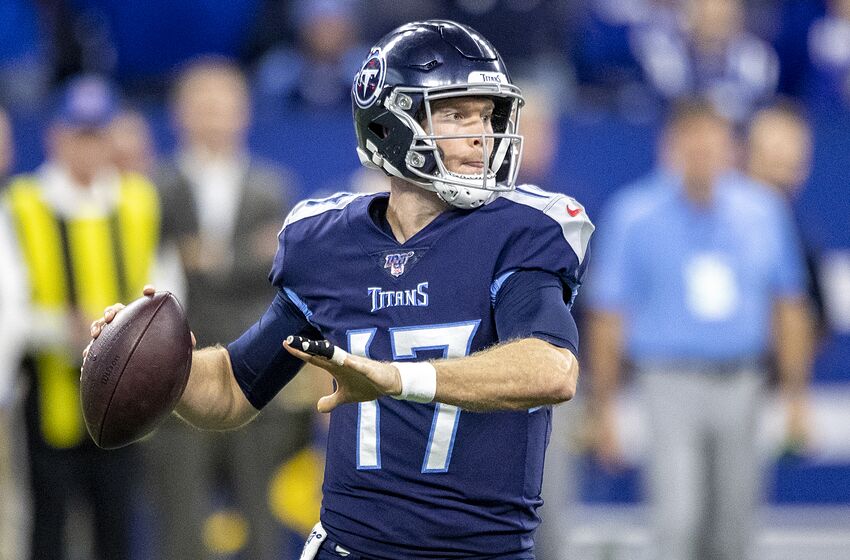 INDIANAPOLIS, IN - DECEMBER 01: Ryan Tannehill #17 of the Tennessee Titans passes the ball during the first quarter of the game against the Indianapolis Colts at Lucas Oil Stadium on December 1, 2019 in Indianapolis, Indiana. (Photo by Bobby Ellis/Getty Images)

As always, my emphasis is primarily cash games, with an eye on getting into the money in tournaments. These plays are primarily valued for their high floors and low risk, although some of them have a chance to go off for big games.

I always play my own lineups. I will be playing this lineup, among others featuring a lot of the same players, on Sunday. This lineup is optimized for DraftKings’ salary in the main Sunday slate. Don’t bet what you can’t afford to lose.

Okay, let’s do this.

Tannehill is still not a bad quarterback. He averages 18 fantasy points per game on DraftKings and has thrown two touchdowns per game since taking over for Marcus Mariota and the Raiders are in the bottom five fantasy defenses against quarterbacks.

Cook gashed the Lions for 30 points the last time they met and the Lions are worse now. At home, a big favorite, bad defense, this is too easy.

With no Le’Veon Bell, Powell is in line to get all the redzone looks and the majority of the handoffs. At this salary, he’s a low-risk, high-reward option.

With Adam Humphries out and Tajae Sharpe limited, *somebody* has to catch a touchdown for the Titans on Sunday. Best stack option for Tannehill.

Xavier Rhodes has been struggling against teams’ top receivers and David Blough loved forcing the ball to Golladay on Thanksgiving. The Lions will likely be trailing against the Vikings on Sunday, so it makes sense that they would want to open up the passing game.

Duck Hodges goes duck hunting with James Washington. Since taking over for Mason Rudolph, Hodges has sought out Washington for 11 targets, over 200 yards and a pair of touchdowns in two games. Don’t underestimate the power of sitting in a duck blind together in silence.

Another one of those “someone has to catch the ball” scenarios. Jacoby Brissett has good chemistry with Doyle, who signed a new contract on Friday. With Eric Ebron, T.Y. Hilton, Devin Funchess and Carlos Rogers out, Doyle is a top target in the Colts’ offense.

Not going to lie, this is a late-game salary filler. Kelce is fine, he’s a double-digit floor guy who will always get targets, but he’s mostly just here to give us more late swap options at the FLEX as the day goes on, and we can leave him here if nothing opens up. The Buccaneers are one of the NFL’s leading turnover offenses and the Colts are a decent enough option to capitalize on that. At this price, they could make value even if they give up some points.